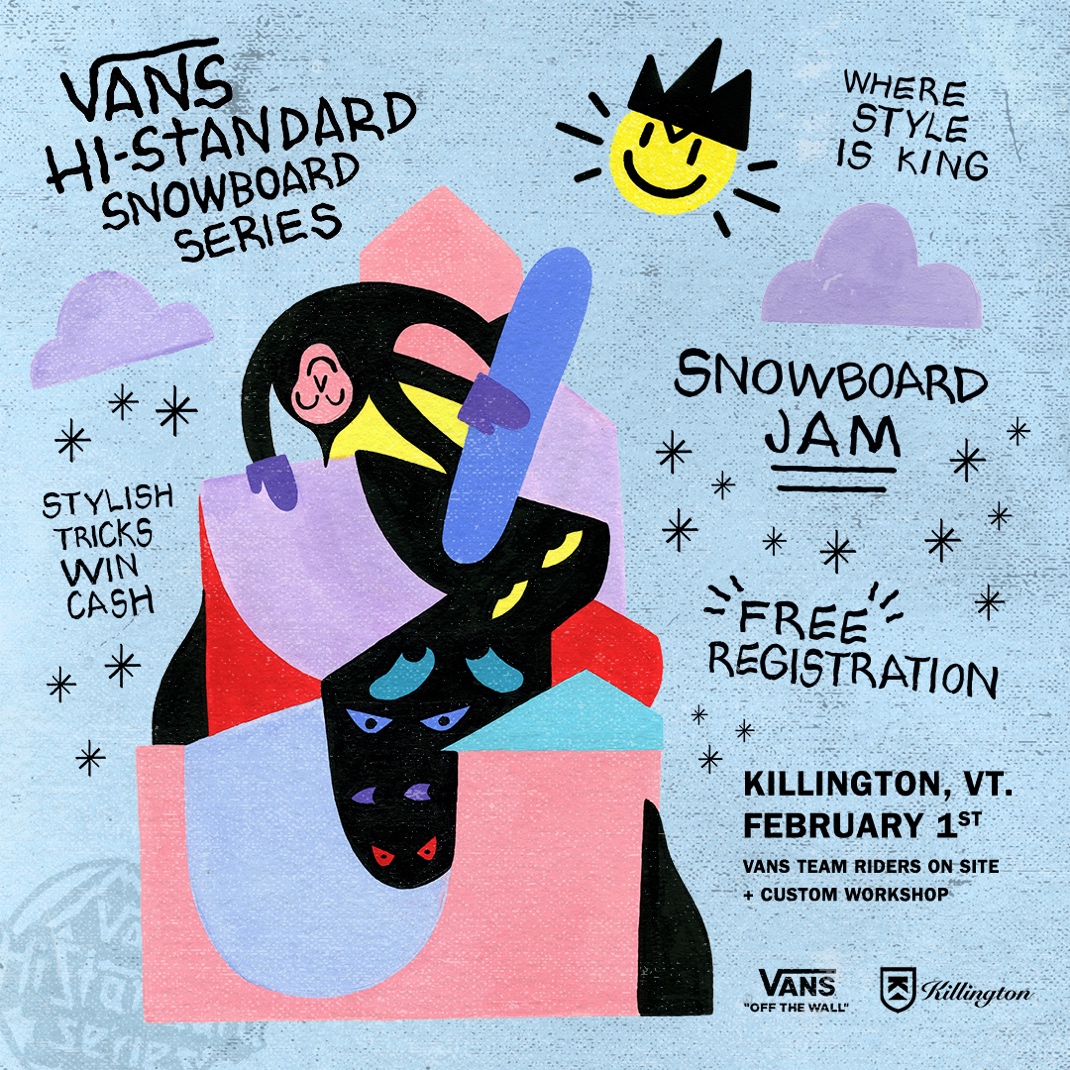 An international snowboard jam, where “Style is Everything.”

Vans is excited to announce the return of our annual international snowboard competition, the Vans Hi-Standard Series. Kicking off 2020 in Canada and journeying around the world, the freewheeling world tour invites riders of all ages from around the globe to showcase creative expression in a fun, open-jam format.

Next year’s iteration will see the Hi-Standard series land in China, South Korea, Russia and Italy, in addition to several stops in North America. Each event features a big air session, where participants are judged solely on their individual style, with no inverts or spins over 720 allowed. This format taps into creativity, awarding only the most innovative competitor who shows pure style and originality. Regional MVPs win an all-expense paid trip to the grand finale at Brighton Resort for a chance to snowboard with the Vans snow team and battle it out for the 2020 Vans Hi-Standard Series MVP title.

With more than $50k in cash and prizes up for grabs, this all-inclusive snowboard series challenges riders to push the creative limits when it comes to their bag of tricks while keeping in mind that style is king. The “Van Doren Rail Best Trick” will handout cash on the spot for the most innovative maneuvers. Other accolades include “The Dillon Ojo Award,” “Worst Bail,” and an MVP Award – one of which is crowned at each tour stop.

Competitors and fans will have an opportunity to witness their favorite riders from the Vans global snow team who will be present at each location. In addition, spectators and competitors can customize their very own Vans alongside an artist from each city at pop-up House of Vans workshops along the way.

Free registration, as well as lift tickets and lunch vouchers will be provided to all participants. Now is your chance to make your mark—style is everything!

Registration for the Vans Hi-Standard Series is now open. To register, and for scheduling information, updates, rules and regulations, visit vans.com/histandardseries.